There is nothing slow-paced about Epps aviation, the only independent, full service fixed-base operation at Dekalb-Peachtree Airport, in Atlanta, Georgia. The 83 year-old president, Pat Epps, founded the company in 1965, and continues to lead the workforce of 140 and the Pilatus sales and service team, playing a significant role in day-to-day operations at Epps. Pilatus Business Aircraft Ltd

Known to many aviation enthusiasts around the United States as simply “Mr Epps”, Pat has spent his entire life looking toward the sky or flying through it. In fact, his father, Ben T. Epps was the first person in the state of Georgia to build and fly an airplane of his own design – in 1909!

Mr Epps himself gained notoriety in 1992, when, following an eleven-year expedition, he and his partners discovered a squadron of six Lockheed P-38 fighters and two Boeing B-17 bombers missing for over 50 years. It was quite a challenge considering the aircraft were buried under 265 feet of accumulated snow and ice in Greenland. One P-38 was brought to the surface and painstakingly restored to flying condition. That aircraft, known as “Glacier Girl”, can be seen today at many different air shows.

Epps Aviation has been an Authorised Pilatus Centre since 1996. The sales territory includes much of southeastern United States like Alabama, Arkansas, Florida, Georgia, Louisiana, Mississippi and the Caribbean. Marian Epps, CFO and Aircraft Sales Manager, currently collaborates with team members Scott Ducker and Luke Leonard to sell both new and pre-owned Pilatus aircraft (among others).

Epps Aviation has a handful of repeat customers who are on their 3rd, 4th and even 7th Pilatus. “Our customers are satisfied aircraft owners who value the continuous improvements to the PC-12, which allow them to fly smarter”, boasts Scott Ducker, an aircraft salesman at Epps for the past 15 years and formerly an employee at Pilatus Business Aircraft Ltd in Broomfield.

PC-12 operations and looking forward to the PC-24

Epps manages three PC-12s (one PC-12 NG), all sold to company customers, and operates three further PC­­­-12/45s in its charter fleet. Epps Aviation runs one of the most successful Authorised Pilatus Centres in the US. Three crews, totalling 15 mechanics, dedicate their time to servicing the Pilatus PC-12s while another seven technicians work on upgrading avionics, with Wi-Fi systems now becoming increasingly important.

Not a day goes by without a Pilatus aircraft appearing on the Epps ramp or in the hangar. Epps launched the new year with a brand-new logo and airplane silhouette highlighting the PC-24 Super Versatile Jet, and is looking forward to delivering its first PC-24. 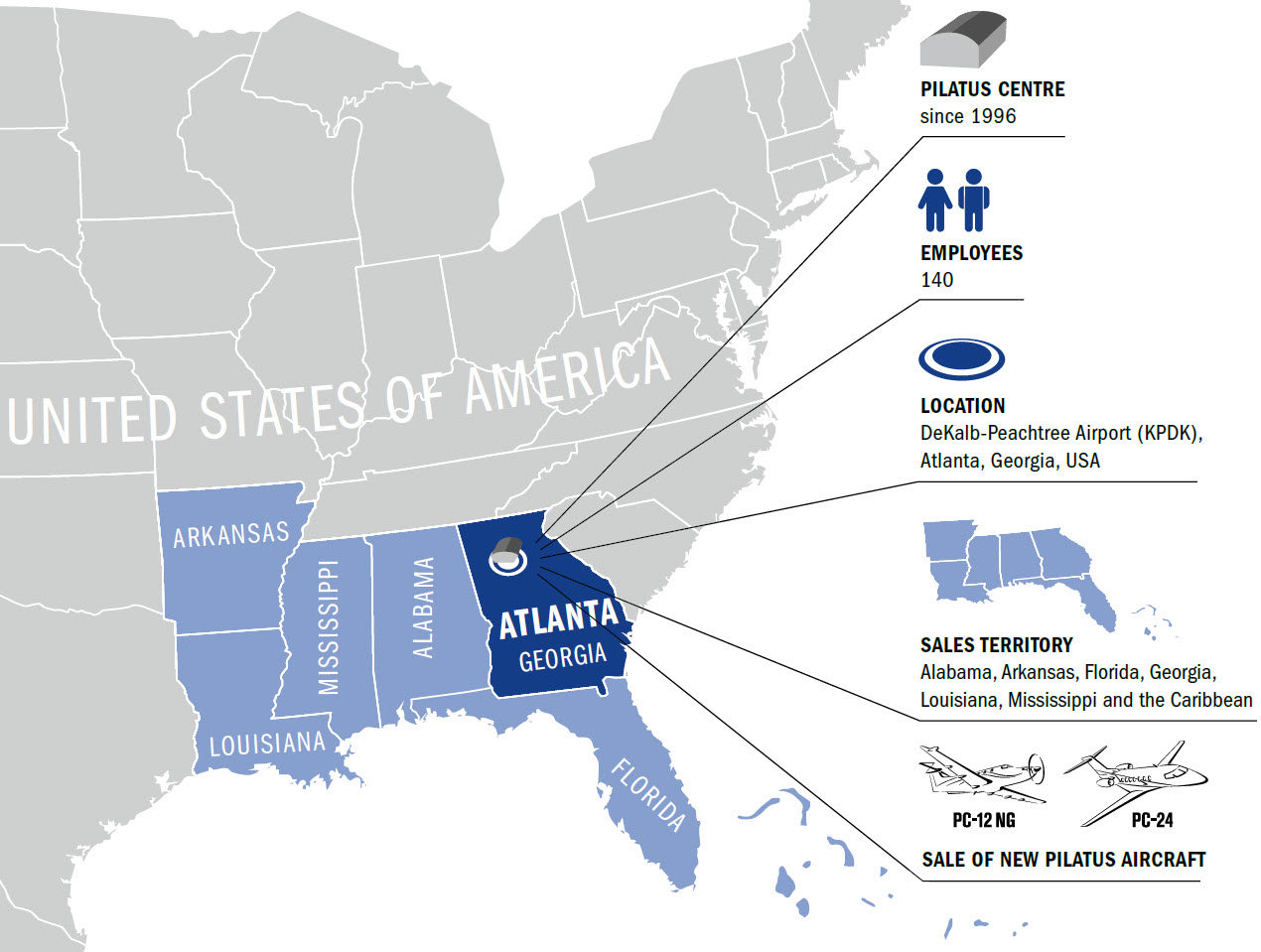