The experienced Authorised Pilatus Centre Levaero Aviation attracts customers from all over the world due to its expertise in all things PC-12 and solid reputation for extending the life of high-time aircraft. Pilatus Business Aircraft Ltd

Founded in 1997 and formerly known as “Pilatus Centre Canada”, Levaero Aviation is responsible for PC-12 and PC-24 sales, service, and support across all of Canada. Levaero’s commitment to quality, safety, integrity and customer service is well known and respected throughout the international aviation community. Their modern headquarters and service centre are located at Thunder Bay International Airport in the centre of Canada, with additional service facilities in Kelowna, British Columbia, and St-Hubert, Québec, and an aircraft sales office in Toronto.

Levaero was rebranded in 2015, but remains the exclusive Canadian dealer for Pilatus. The new name was chosen to acknowledge the company’s ability to service, modify, and support many popular makes and models of aircraft – and the growing number of clients asking Levaero for such multi-brand assistance. Hence the decision to opt for a name not related to any particular make of aircraft.

Levaero employs approximately 60 people in Thunder Bay, with two-thirds of the staff in the aircraft service centre and the remainder in the sales, finance, parts, marketing and administrative departments. Leading the Levaero team are two veterans of the former Pilatus Centre Canada, Robert Arnone and Steve Davey. Both are natives of Thunder Bay, and both juggle their time between managing day-to-day operations and mapping the company’s growth.

Arnone and Davey are actively involved in local business and charitable advisory committees. Levaero’s financial support is complimented by their employees’ dedication to numerous Canadian charities. In 2015, Levaero was recognised by the Thunder Bay Chamber of Commerce with the Commitment to Quality Award and the Business Excellence Award. 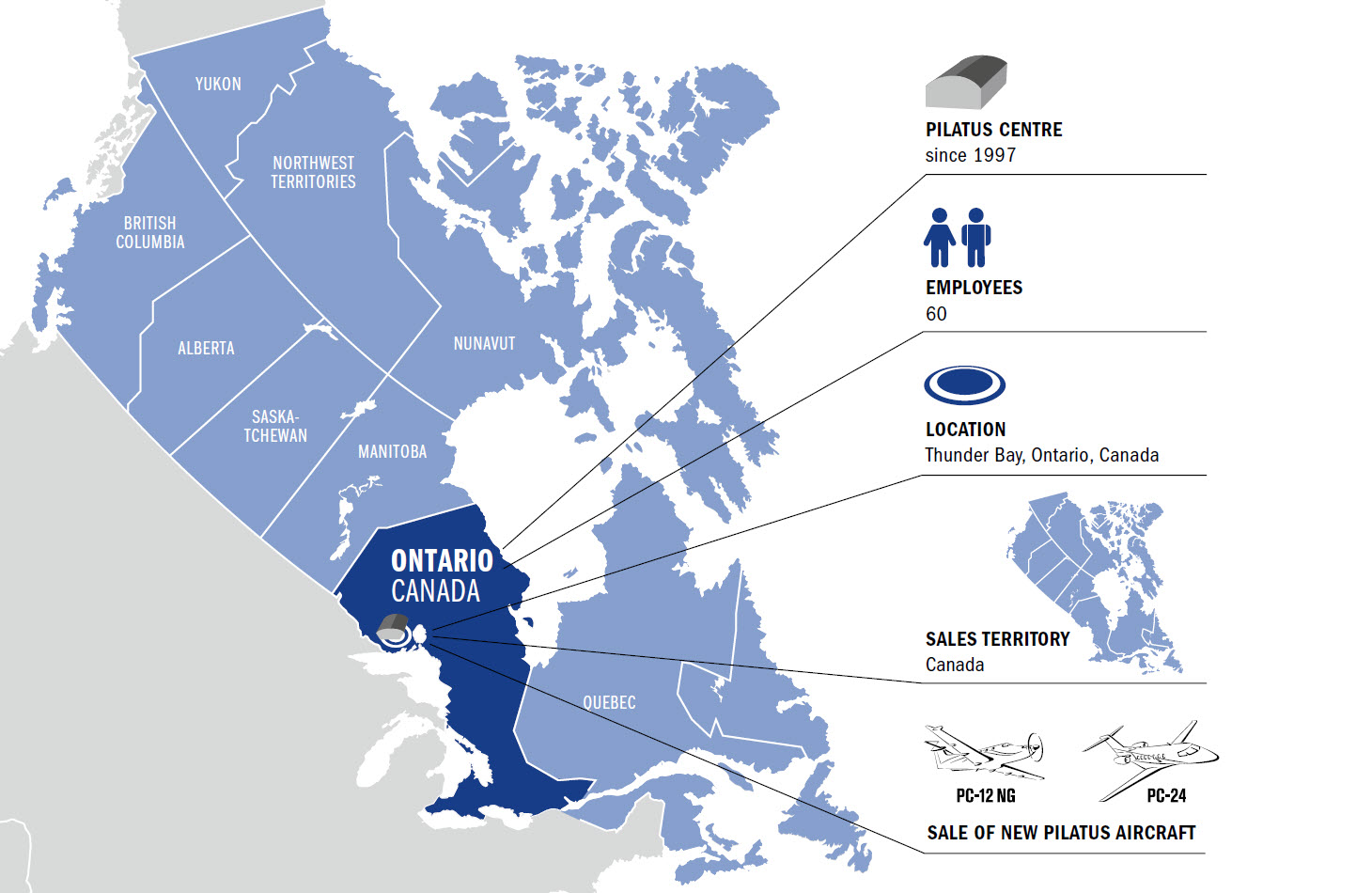 Levaero has focused on the Pilatus PC-12 for nearly 20 years. Canadian PC-12s lead the world in terms of fleet utilisation. Northwestern Ontario is home base for nearly 30 percent of the Canadian PC-12 fleet, servicing the region in various roles including scheduled passenger service, charter, cargo, aeromedical, and law enforcement.

A significant portion of Levaero’s business comes from American PC-12 owners who travel to Thunder Bay to benefit from Levaero’s around-the-clock service, high level of experience and exceptional customer support.

Expansion and plans for the future

In 2008, Levaero launched its Toronto-based corporate aircraft charter and management subsidiary, “Private Air”. Over the past nine years, Private Air has experienced significant growth and now employs approximately 50 people and operates more than 20 turboprop and jet aircraft throughout Canada.

The future is both exciting and challenging for Arnone, Davey, and the entire Levaero team as they prepare for the PC-24 while also tackling the challenges of the current Canadian economy. This experienced and dedicated team truly knows how to provide Pilatus Class service, however, and in the past 20 years, this has proven to be the path of success regardless of economic conditions.