The PC-24 Flies to NBAA-BACE 2016 and Exceeds Performance Data!

A US premier at this year's NBAA's Business Aviation Convention & Exhibition (NBAA-BACE) in Orlando: the first-ever presentation of the PC-24 prototype to a US audience at the Pilatus outdoor stand. The PC-24 development program is progressing to plan and Pilatus expects its new business jet to exceed previously published performance data!

Visitors to NBAA-BACE 2016 can look forward to seeing the second PC-24 prototype – “P02” – on Wednesday, 2nd November 2016, when it momentarily interrupts its test flight program to join the latest PC-12 NG on display at the Pilatus stand.

Both PC-24 prototypes are currently completing a rigorous program of test flights. Various key performance tests have already been concluded with success. The second prototype has been based in the USA in recent months where it has undergone hot and cold weather trials plus tests on the avionics and autopilot. Meanwhile, the first prototype, P01, has been undergoing further aerodynamic testing in Europe. Another important milestone was achieved with the aerodynamic design freeze in October 2016.

Oscar J. Schwenk, Chairman of the Board of Directors of Pilatus, comments on progress to date as follows:

“Our two PC-24 prototypes have completed a combined total of over 1000 hours and almost 600 flights. The data collected so far indicates that our Super Versatile Jet is likely to perform even better than previously announced. All I can say for the time being is that the PC-24 will undoubtedly be two things: unique and outstanding – as you have come to expect from Pilatus!”

Significant progress has also been achieved in terms of training and customer support: Pilatus develops all its pilot and maintenance training units, including a PC-24 full-motion level D simulator, in partnership with FlightSafety International.

Pilatus is currently also in the process of setting up a worldwide PC-24 support network in order to provide the sort of first-class “round-the-clock” service which customers have come to expect, from the moment the first delivery goes ahead.

The third and final prototype – the first series aircraft – will join the test flight program beginning of 2017. Certification is planned for the 3rd quarter of 2017 and initial deliveries will go ahead thereafter – to Planesense, provider of fractional ownership programs in the USA, for example, and to the Royal Flying Doctor Service of Australia.

Information about the show

NBAA-BACE 2016 will also provide a platform for Pilatus to show off the new PC-24 interior design, which is now ready for the start of series production. Designworks, a BMW Group company, joined forces with Pilatus to come up with six stylish colour concepts for the PC-24. Each one is named after well-known ski resorts such as “St. Moritz”, “Zermatt” and “Aspen”. A walk-in 1:1 model of the PC-24 featuring the “Vail” cabin design will be on display in the Orange County Convention Center at exhibit 4293 for the entire duration of the show. The PC-24 prototype will be on outdoor display at Orlando Executive Airport on Wednesday, November 2nd.

The latest version of the PC-12 NG, sold 1400 times the world over since it was first launched, will also be on display at the Pilatus indoor stand. 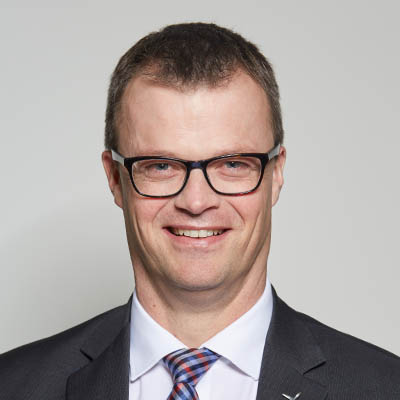